An Introduction to Character Traits 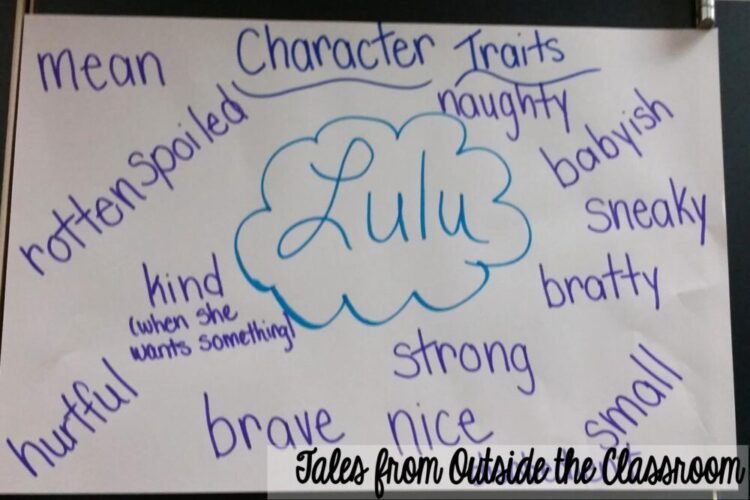 Last week we took a look at Character Traits.  We spent a lot of time discussing how traits described a character on the inside.  We also talked about adjectives, though the students often gave the characters nouns as traits.  We’ll work on that during our next go around.

We started by taking a look at Lulu because she’s a phenomenal, big character in the books.  If you aren’t familiar with Lulu and the amazingness Judith Viorst brings for this character you need to do it like now with your kids.

We read Lulu and the Brontosaurus as our first read aloud of the year, and then read the next two.  We have used the books every time we’ve talked about a new fiction comprehension skills.  Because the texts are so engaging for the kids, it’s a perfect way to introduce and practice a skill. 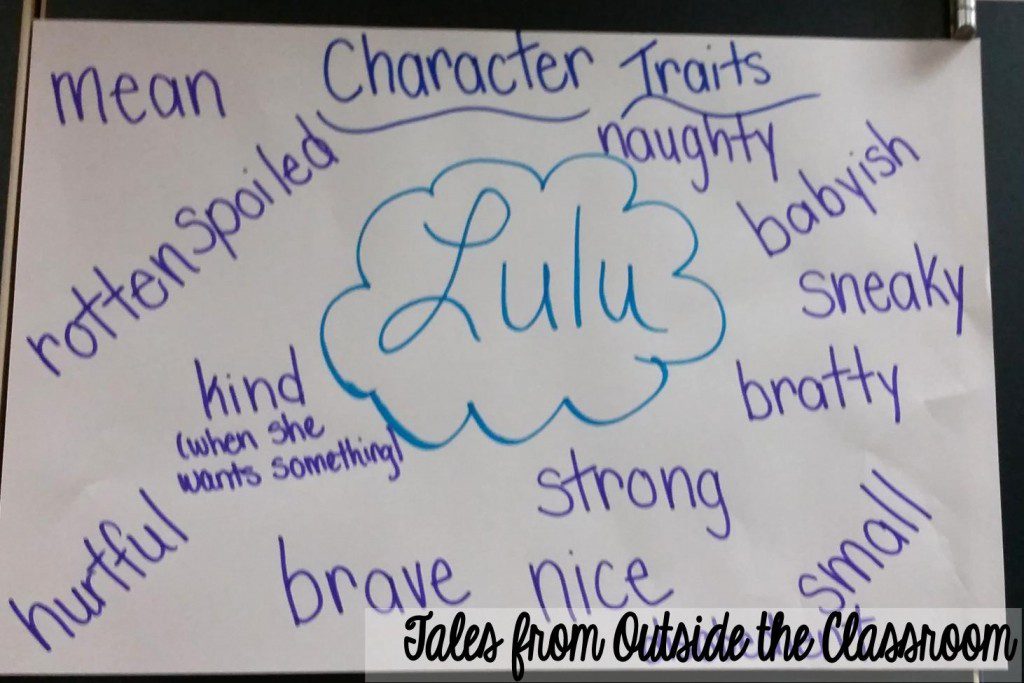 The next day I became the best teacher in the UNIVERSE (no, really, they told me so) because I showed this series of clips from Monsters Inc. showcasing the one and only Mike Wazowski.

I gave students a little half sheet that they could record the traits they thought of and then we went over it after the video.  I’d share it here with you but Disney/Pixar scares me and I borrowed a cute little image from the internet.  Thanks, Google!

Now the students were ready to analyze traits with a little more depth and complexity.  I saw this post from Around the Kampfire on how she used Stellaluna in her room and I love how she showed how Stellaluna changed.  We used it to talk about how a character can change in the story.  Our state test almost always asks students to detail how a character has changed so we’ll be looking at this a TON this year and working on it. 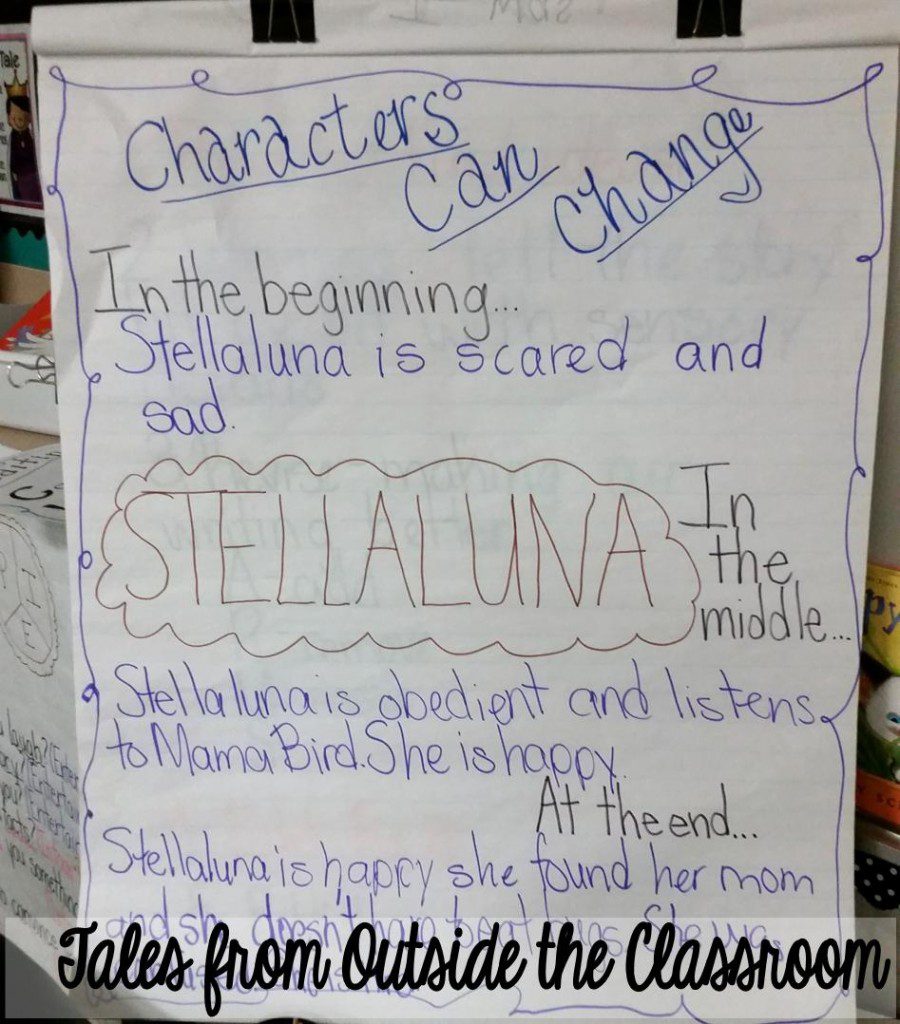 (Please pardon my sloppy handwriting.  I don’t have an easel and it becomes difficult to write on the bottom of this as it’s on a table.)

I also loved this post and art idea from Runde’s Room.  Jen always has the best art ideas.  Because I’m at an arts magnet, I’m always looking for ways I can incorporate art, even if I’m not teaching the art skills fully.  While she doesn’t use this with character traits, I knew it would be an easy change.  Students chose their favorite character.  I did not give them a restriction that it had to be a character from a book- just a character they knew well.  They then had 3 minutes to list every character trait they could think of for that character.  I then had students rank the most important traits and choose between 8-12 they wanted to use in their art pieces.

We talked about how fun and funky writing and straight and jagged lines could be used to emphasize our traits.  We don’t want to call someone spunky and then give them boring handwriting to write it.  I sketched out my traits for Harry Potter and sent the students off to work.  After they were finished and happy we used Sharpies to go over each area. 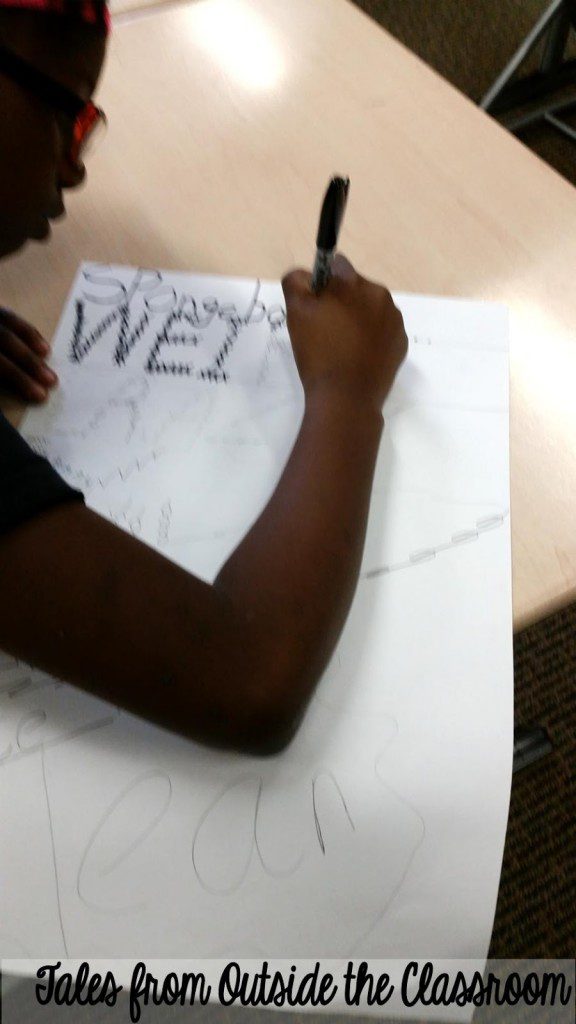 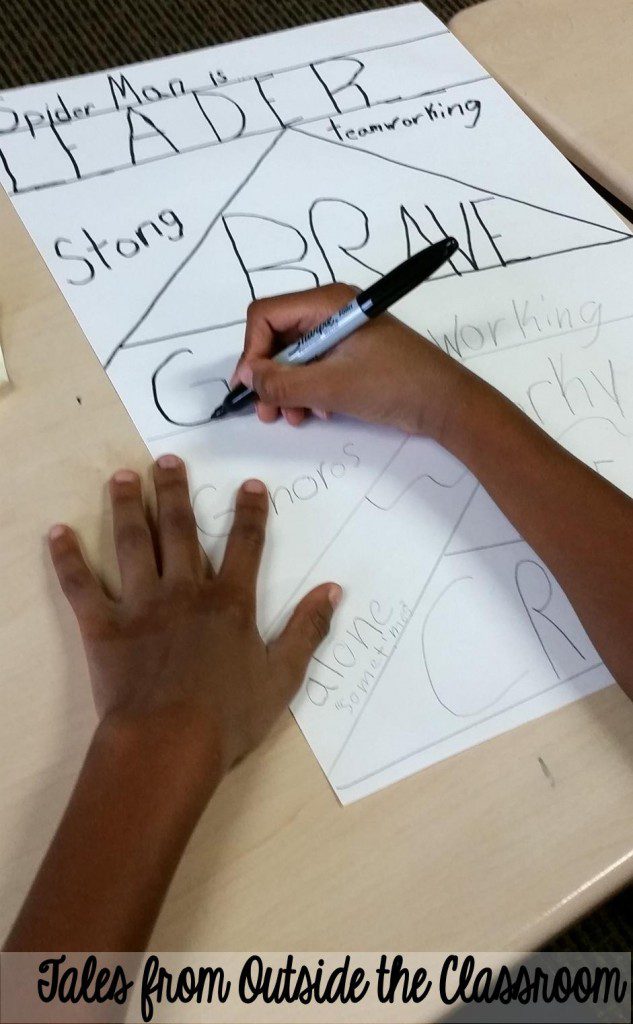 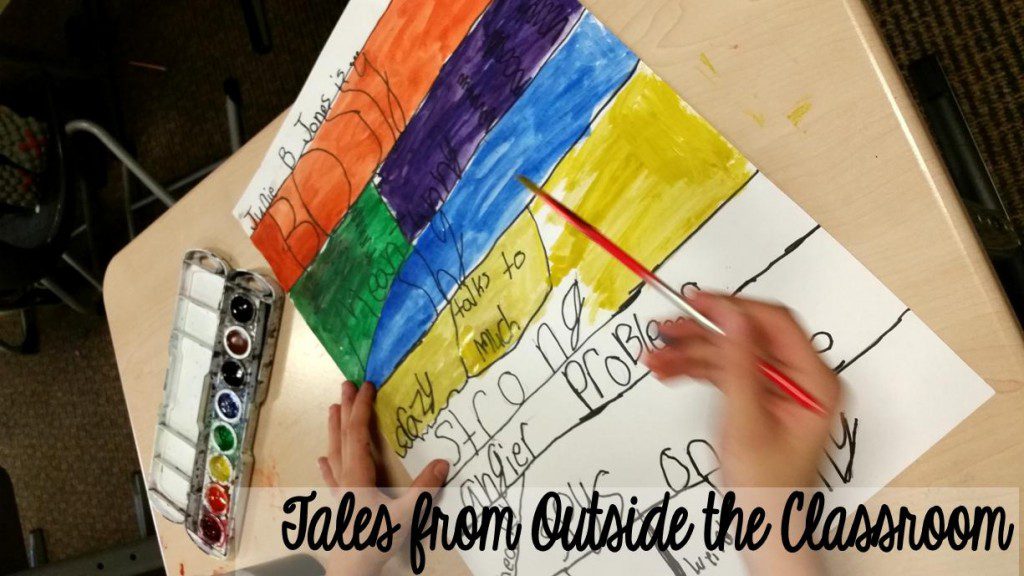 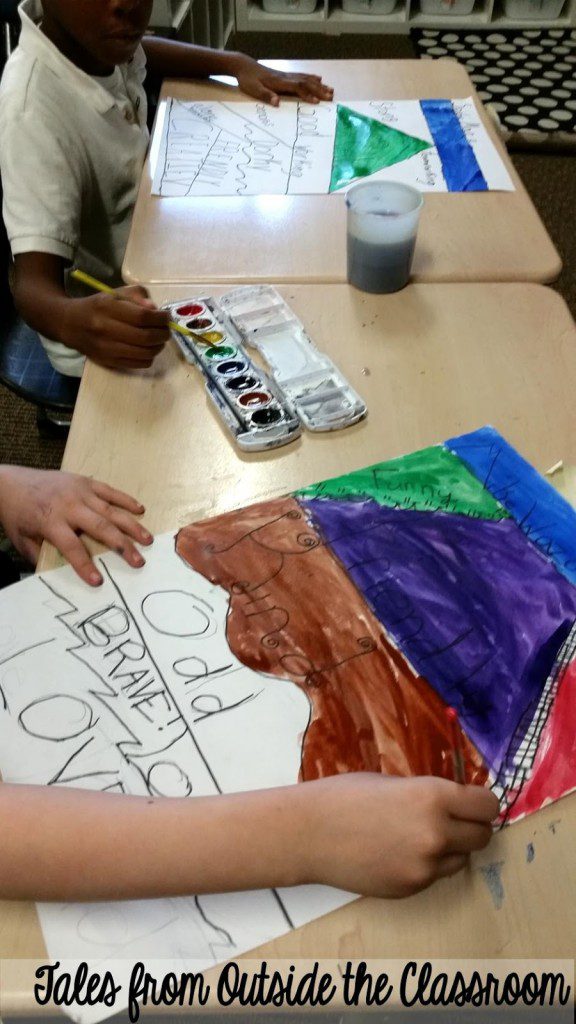 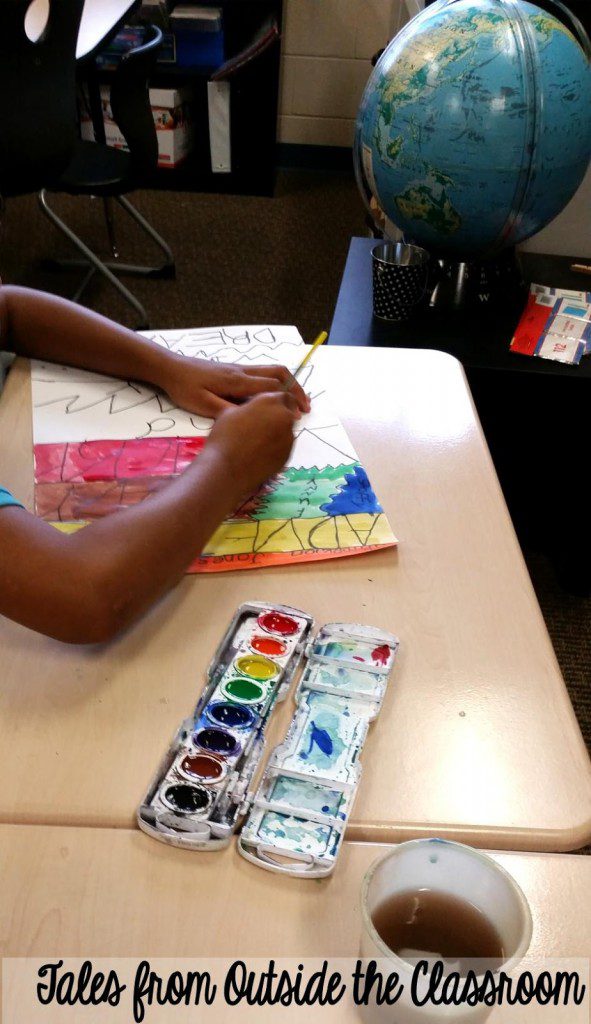 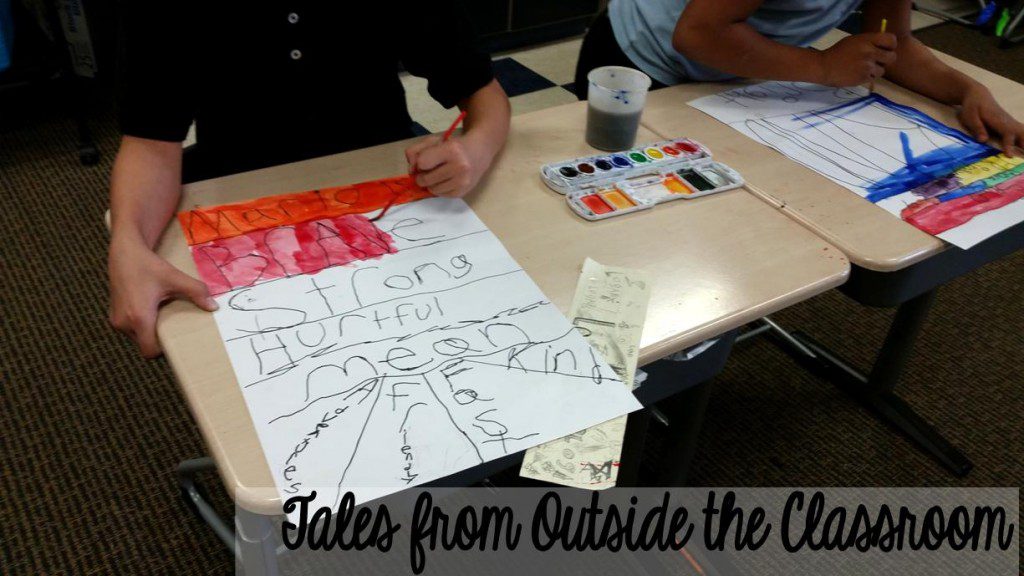 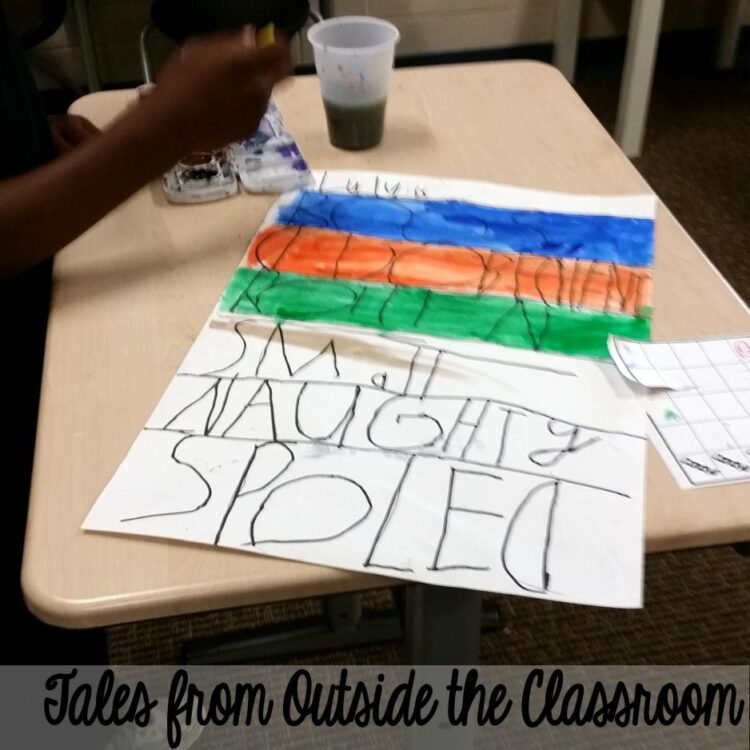 Some of the students did such an amazing job and their creativity really shined through!  I love the character traits they came up with for some of the characters.  And their word choice?  Superb!  I didn’t focus on spelling on this activity but helped some students chop out words so there are a few mistakes.

I love our finished wall showcasing our work. 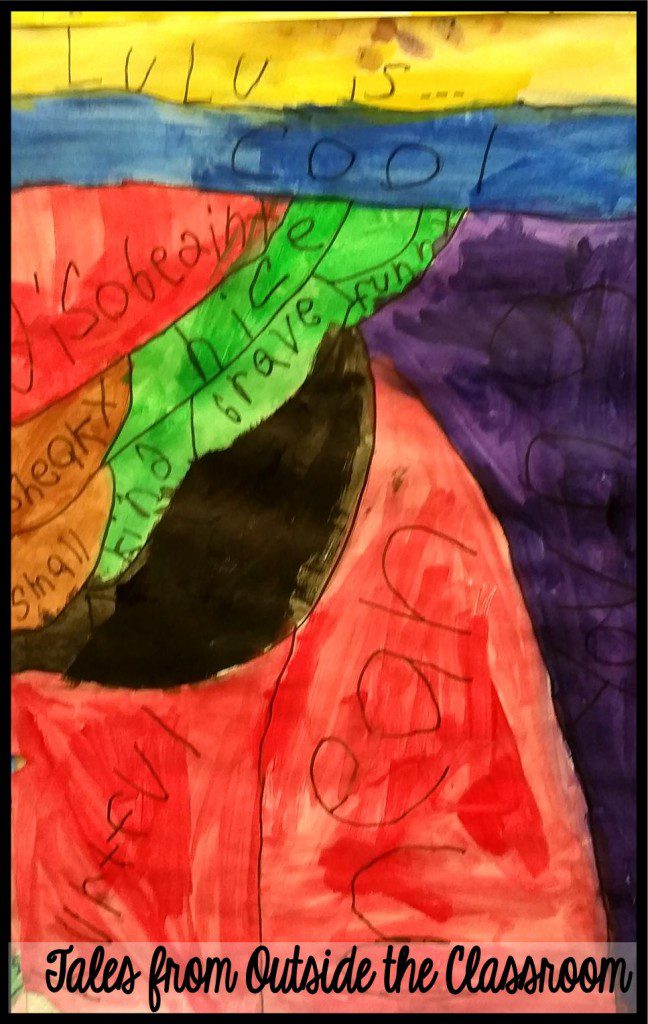 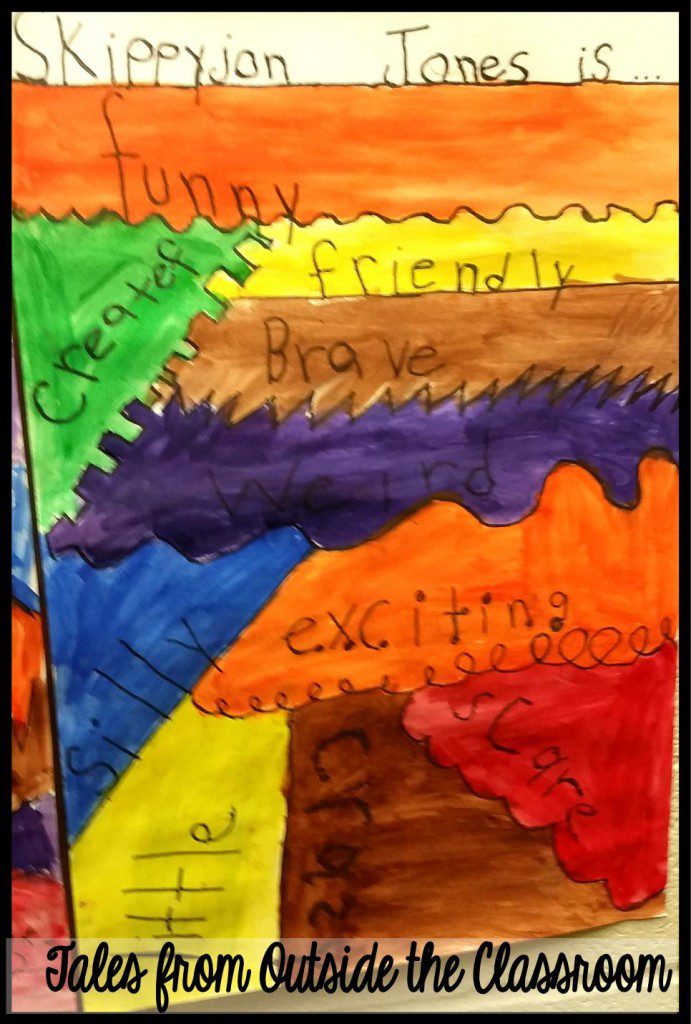 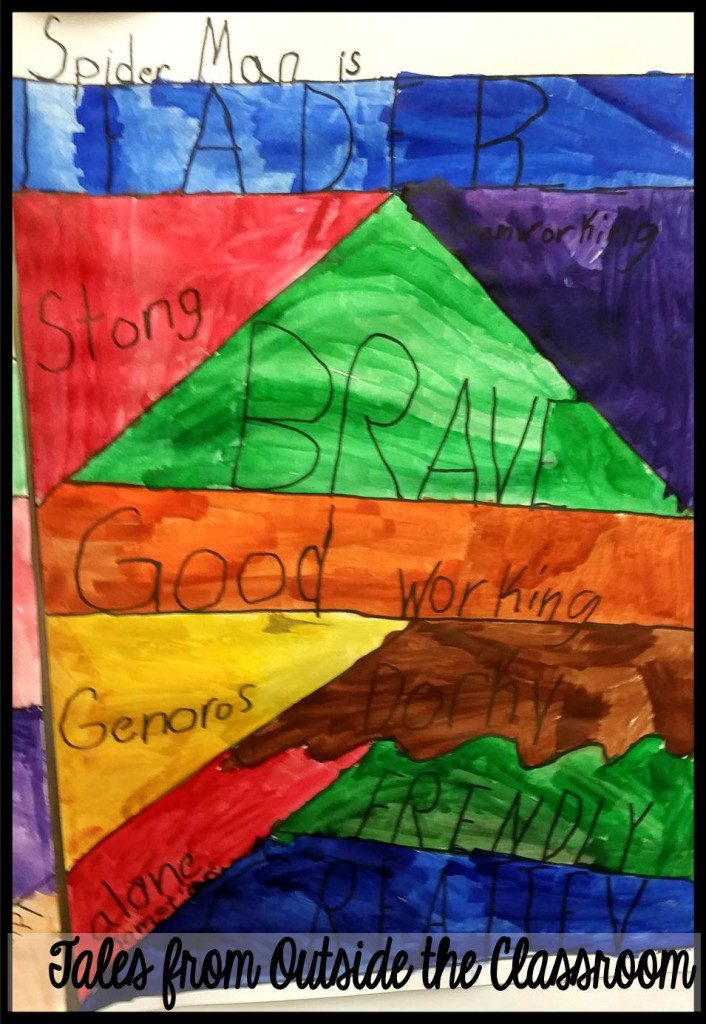 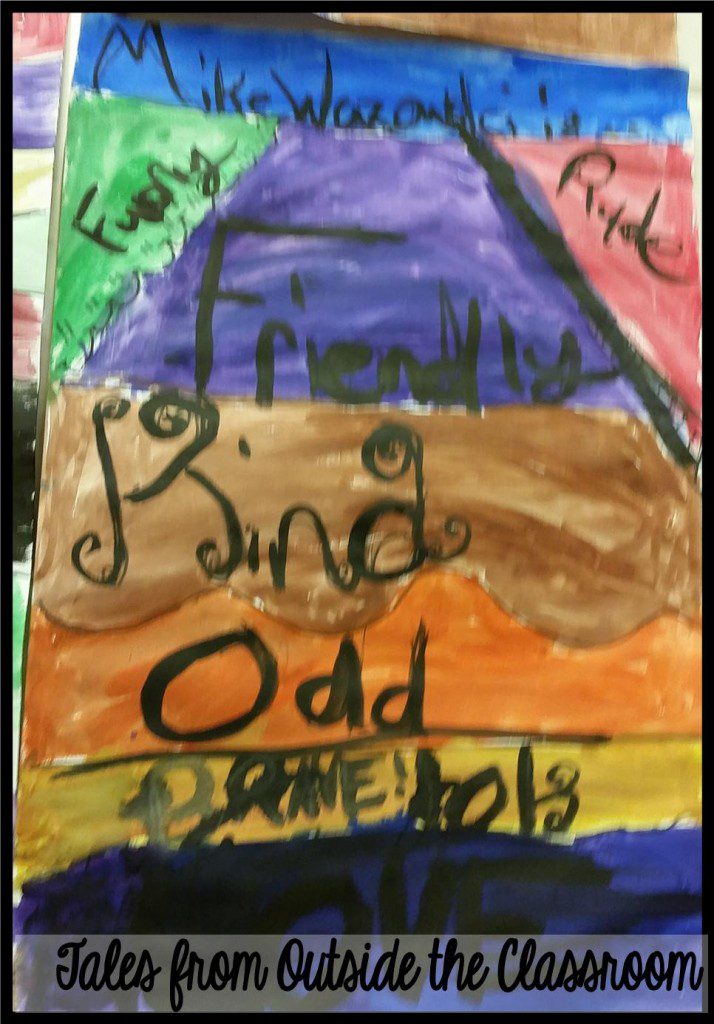 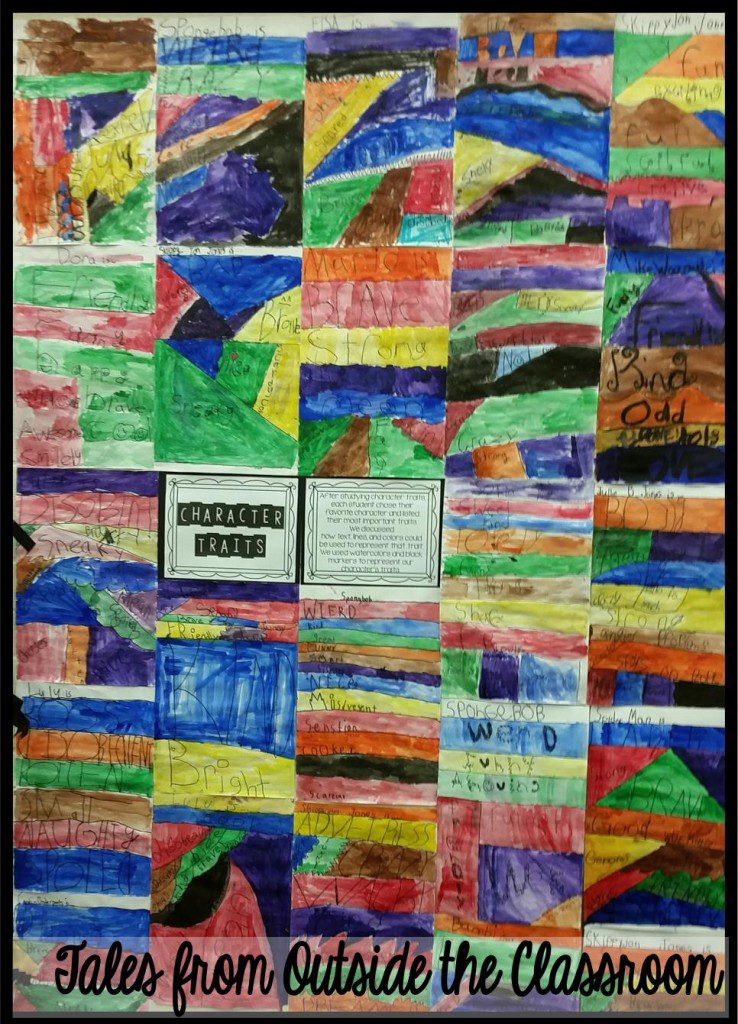 Do you have a trick or a hook for teaching character traits in your room?