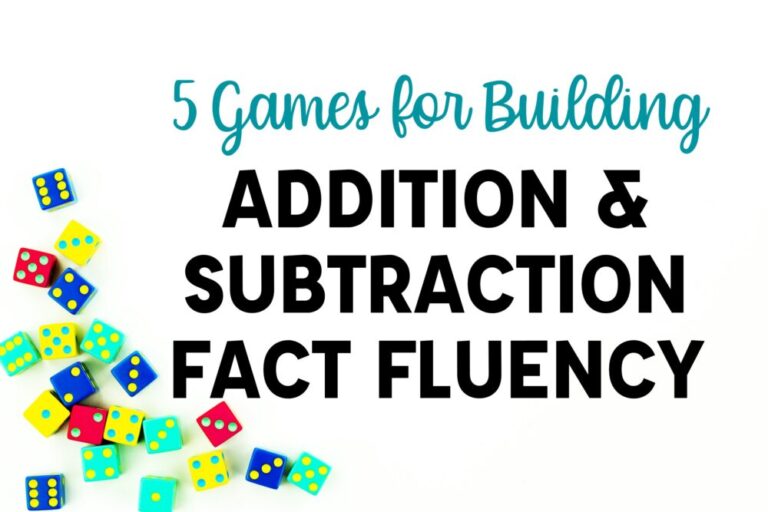 Addition & Subtraction 5 in a Row Games

5 in a Row is a fast-paced fluency game that kids literally BEG to play! I created it when I was teaching first grade in an effort to make number recognition fun and engaging. It went so well, I also created an addition and subtraction version too.

Playing 5 in a Row is simple. Students get a printed game card, and the game runs through Powerpoint. With just a few clicks, the slides are randomized so the game changes each time you play. Students cover the number on their boards. But, students have to think critically to decide which number to cover. That strategy component can take a bit of time and practice to get built with first and second grade students but it’s a wonderful way to build in critical thinking. The first student to get 5 numbers in a row, not just 5 on their board, is the winner. Just click ESC to go through shown expressions to check students’ work.

All along the way, we talk about various strategies for quickly solving unknown facts such as counting on, doubles and using related facts. 5 in a Row has made a huge difference in my students fact fluency and I continue to play it year after year! I’ve received great feedback that it’s been a well-loved and effective addition to many teachers’ classrooms! You can check out my Addition & Subtraction 5 in a Row Games on TpT.  For more on 5 in a Row and how it builds fact fluency, check out my 5 in a Row post. 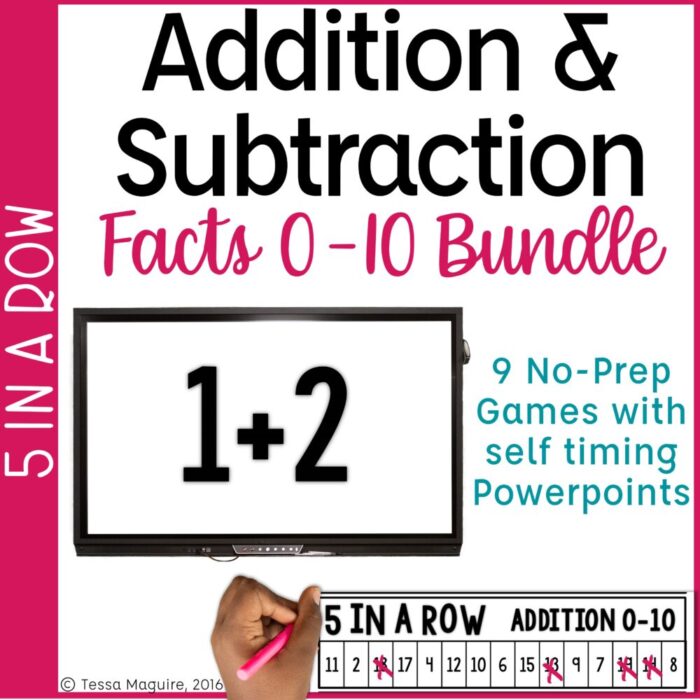 Want to try out 5 in a Row in your classroom for free? I offer a free version for addition and one for subtraction that practices facts within 20 (including teen numbers). Fill out the form below to have your copy sent to you right after confirmation.

SEND IT TO MY INBOX!

Submitting this form will send you an email with the link to your download.

If you don’t see an email from “Tales from Outside the Classroom” right away, check your spam folder, and then mark my email as a safe sender!

Bump is one of my favorite addition fact fluency games! I first heard about it several years back and always enjoyed playing a few seasonal versions I found on TpT. When students went home in March of 2020, I started looking for engaging ways I could get my 3rd graders to work on their multiplication facts. I used a website for daily practice, but, frankly, many of them just didn’t enjoy it and didn’t do it. So I searched for a way to make it more fun! Digital Multiplication Bump was my solution! At the time, I started playing with my kids on Zoom one at a time. As they got used to playing a two-person game within Google Slides, I started having them play together. It was a great way to bring kids together on Zoom. It also helped them work on their multiplication facts in a way that excited them. My students enjoyed it so much that I decided to also make an addition version.

I love sharing this game with my students! By assigning it to them on Google Classroom, they always have it available to them, even at home. It’s a great way for them to practice their addition facts at home by playing with an adult or someone else available. Because the dice are built into Google Slides, all they need to play is their device! 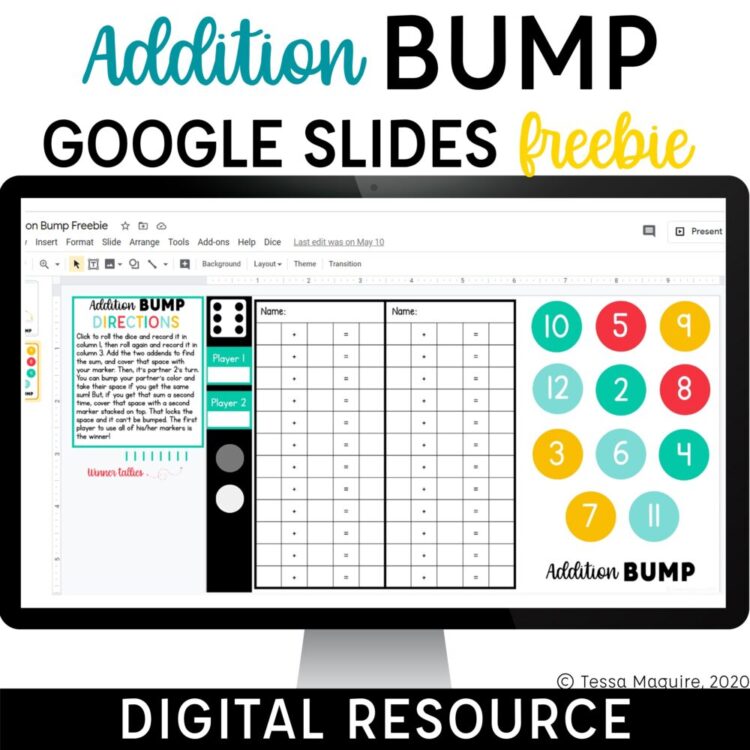 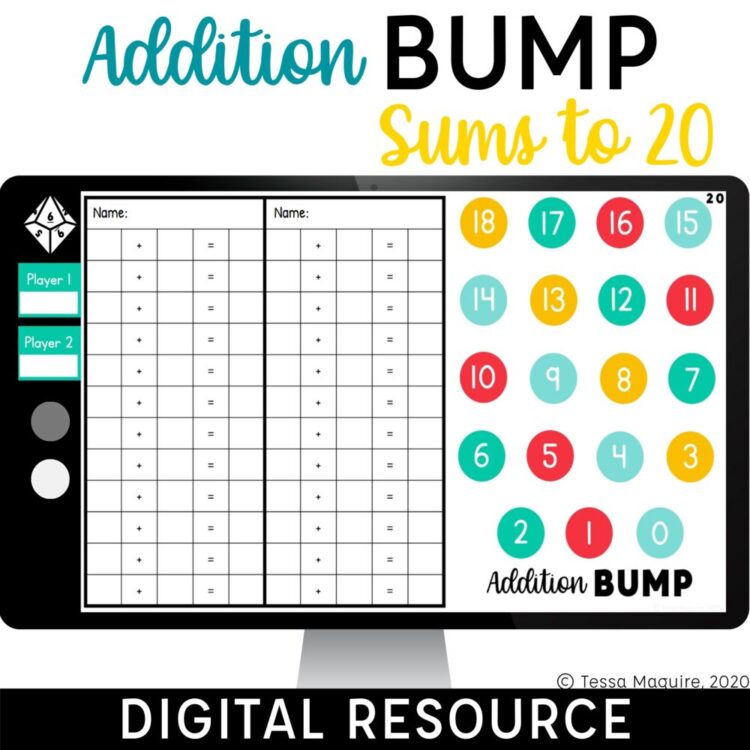 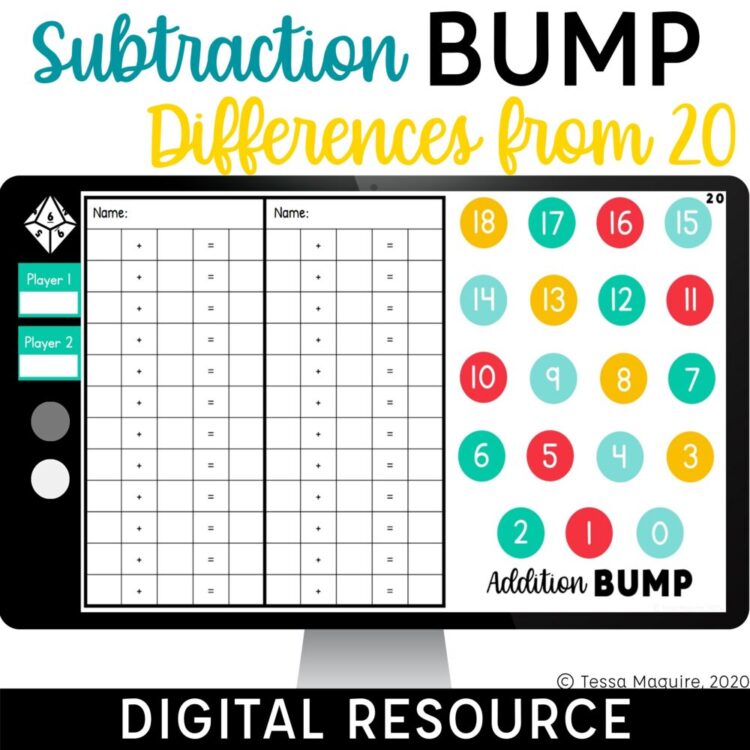 You can also buy Checkers games on Amazon. I’ve even found super cheap plastic ones at Dollar Tree! Checkers is a fun way to bring in outside games kids know into class with an educational use. Because you create them (in just a couple minutes), they’re great addition and subtraction games! I use a Sharpie to write on the red spaces and that’s where students play. Of course, you could also use a silver metallic Sharpie to write on the black spaces and play there as well. Students say the fact and the sum or difference as they hop onto the space. This gives students an opportunity to quickly count to solve facts they don’t know, and try to improve their addition and subtraction fact fluency.

Roll & Cover is a simple game that is similar to Bump. Playing is easy! Students roll 2 dice and add the numbers together. Then, they cover the sum. Play continues until the whole board is covered. Partners can play against each other by having copies of the same board, or differing boards. I have 10 games for 6-sided dice to download for free. It’s so simple to implement and ready to play right away! 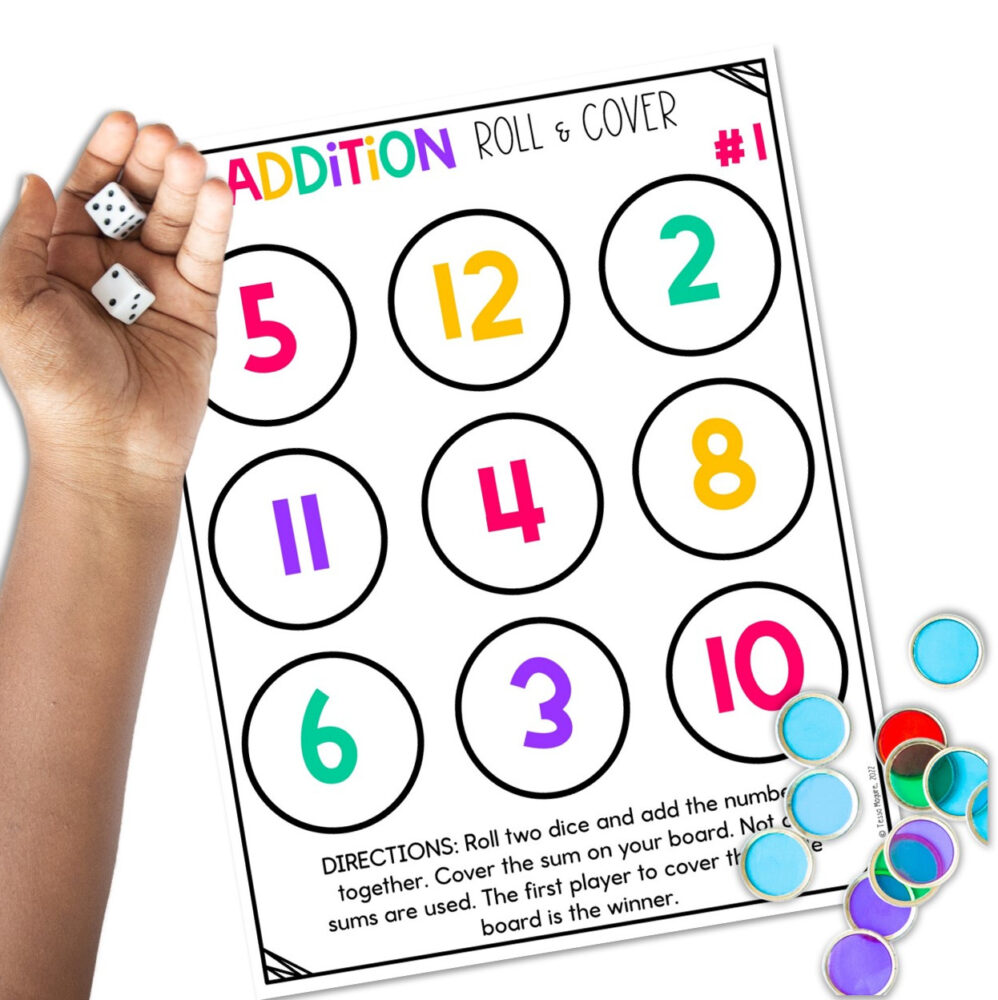 Just fill out the form below and you’ll get the link in your inbox. The games require no assembly! Just print, add dice, and play!

Sign up to receive your free Addition Roll & Cover games! After confirming your email, you’ll receive the file and be signed up for my weekly newsletter.

Addition with dominoes is so easy and it’s so easy to change up the rules. Here’s how I play:

Do you have addition and subtraction games you’ve played in your classroom to help build fact fluency? I’d love to hear about them in the comments below! It’s always such a hit when we can incorporate games into our days! 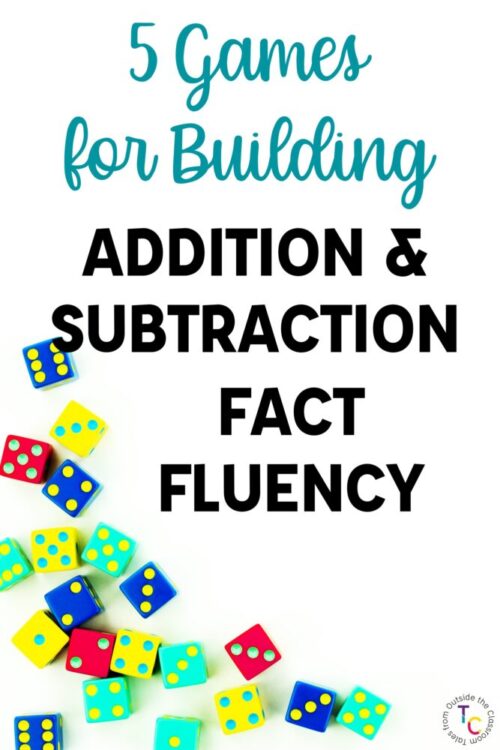