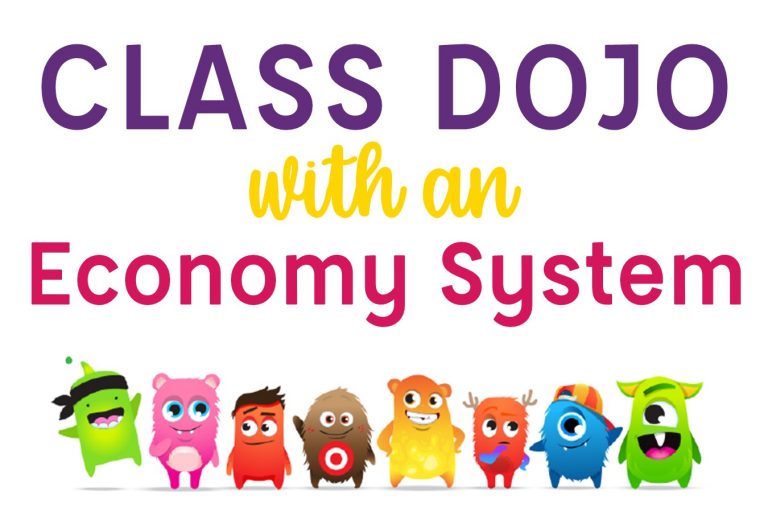 I heard about Class Dojo partway through the year several years ago when it first came out. I tried it out, and it became a HUGE tool in my class.  My class needed some sort of cue when their behavior was less than stellar and THRIVED on positive reinforcement. Dojo points were a great motivator for them!
I have never been a fan of public displays for behavior management and so this was difficult for me at first, but my kids needed that extrinsic reminder and reinforcement. I gave it a try and it was an immediate success. I was also excited that I was able to incorporate my individual behavior plans right within this system so I was no longer managing four different individual behavior plans. Many students needing individual behavior plans is what has kept me using Class Dojo throughout the years. I know a lot of people are familiar with  Class Dojo already, but I thought I’d share specifically how I used Dojo points as a classroom economy system.
First, I modified the behaviors in the system to more accurately reflect what I wanted to recognize my students for.  There are presets available, but part of the power of the program is the ability to customize it to exactly the items you want to focus on.  I use Dojo ALL.THE.TIME. to praise my students so there are a ton of positive behaviors in there.  These are the positive behaviors I use with my students. 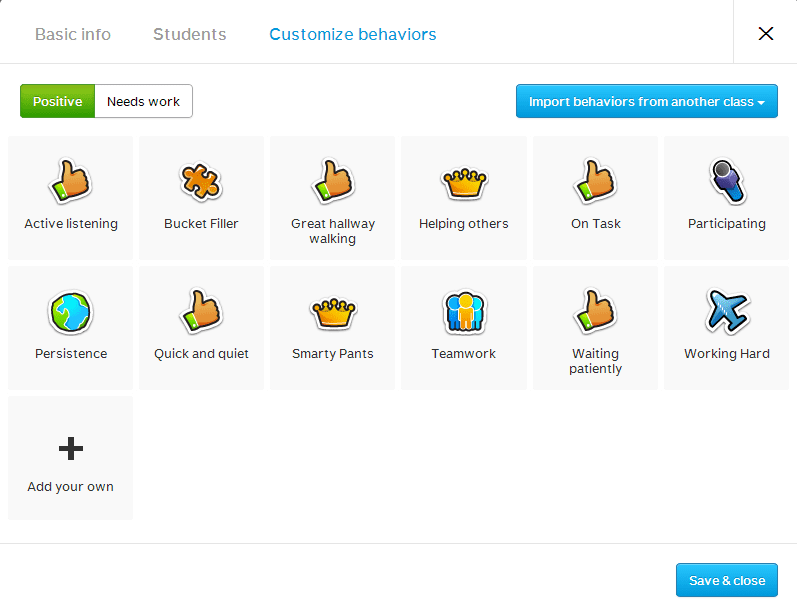 I also have use Class Dojo, at times, for consequences.  I know positive reinforcement is the best way to manage behavior, however, at times, after multiple reminders, a point would be taken away. Often, this negative point is the first consequence a student would receive, before more specific consequences. Because parents could also log in to see how their student’s day went, I didn’t want them to only see positives if a child had a rough day. It’s also not the focus of how I respond to a student’s unwanted behavior. The ins and outs of positive and negative reinforcement is worthy of its own post so I’ll just leave it at that for now.  Here are the negative behaviors I used in my classroom.

My students earn many Dojo points each day. At the end of the day, the students record their points on a chart they keep in their daily binders.  I walk around and monitored their recordings and honestly have never had any issues with students being dishonest. Note: Class Dojo now allows you to redeem points right within the system so tracking pages aren’t needed any longer. 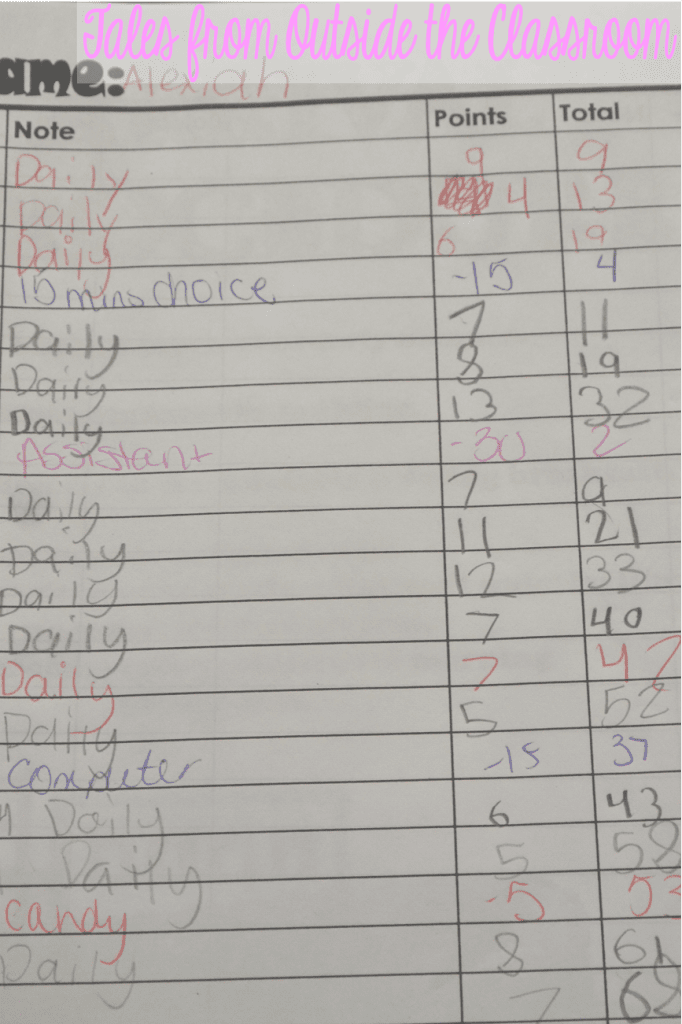 It was a simple four column chart (the left is cut off in this picture).  Students recorded the date, they wrote daily, their points, and then their new points total.  Students kept their chart in their binders that we used each day.  At the end of the day, I reset all the bubbles in the system so that each day was a fresh start for each child.  A few days a week I would allow students to use their points for rewards.  I didn’t do it all within Class Dojo because I didn’t want it to inaccurately reflect as a problem behavior if I deducted points so we did it all on paper.  This also allowed me to then use the percentages within Class Dojo as a behavior grade since we have to give a letter grade for behavior in my school district. 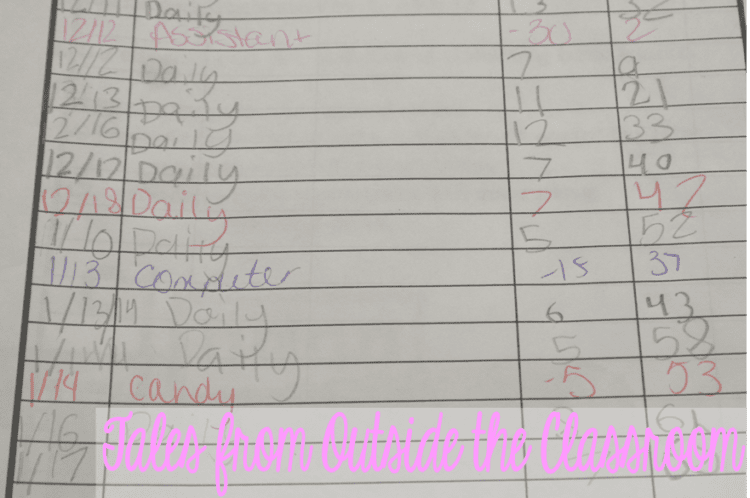 The students and I brainstorm rewards together as a class each year.  I want the students to get involved and to have buy in with the system, and this helps me give them rewards they actually want. We combined some tangible rewards with more classroom-based no money rewards because I think those can be just as desirable as something tangible.  I determined the points value for each reward, however, and explained that part was not negotiable. 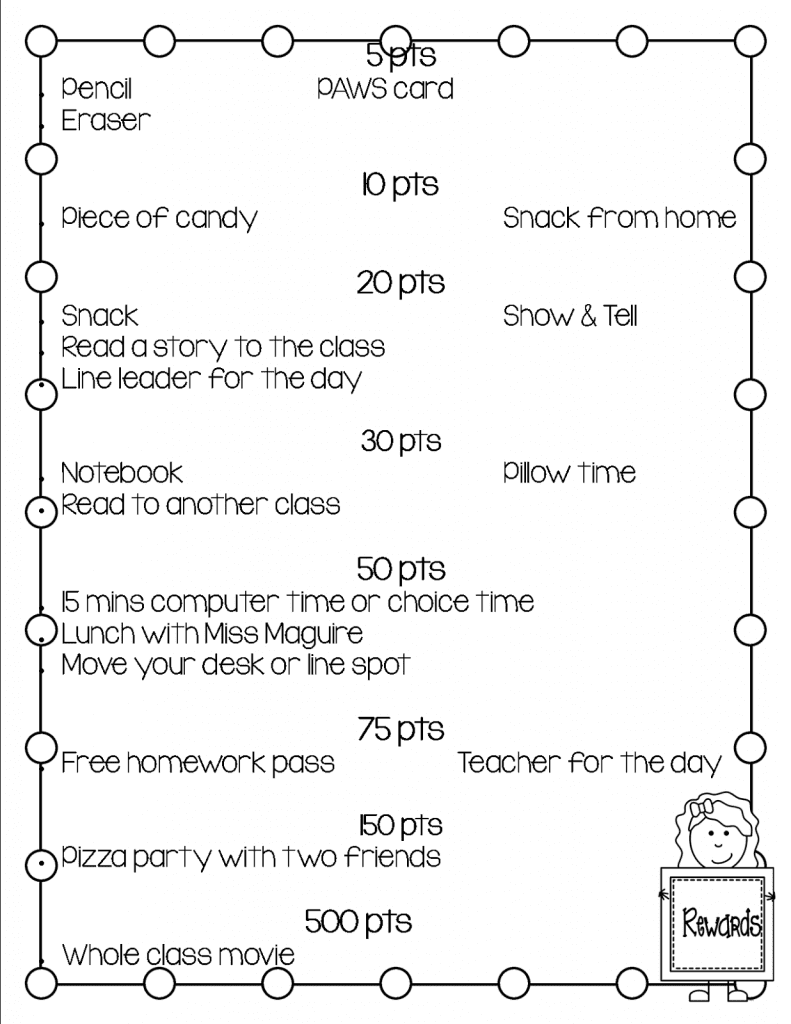 The point systems seem high, but that’s because I was award so many positive points. So many students earn 10-15 points a day.  The PAWS card was our whole school recognition program.
I hope this gives you a couple ideas on using ClassDojo points in your class (maybe a bit differently than you have been).  I’ve continued to use Class Dojo over the last several years in different ways, and I love that you can modify it each year to what works best for you and your students.  I hope you liked this Bright Idea and will check out the other Bright Ideas posts for this month! 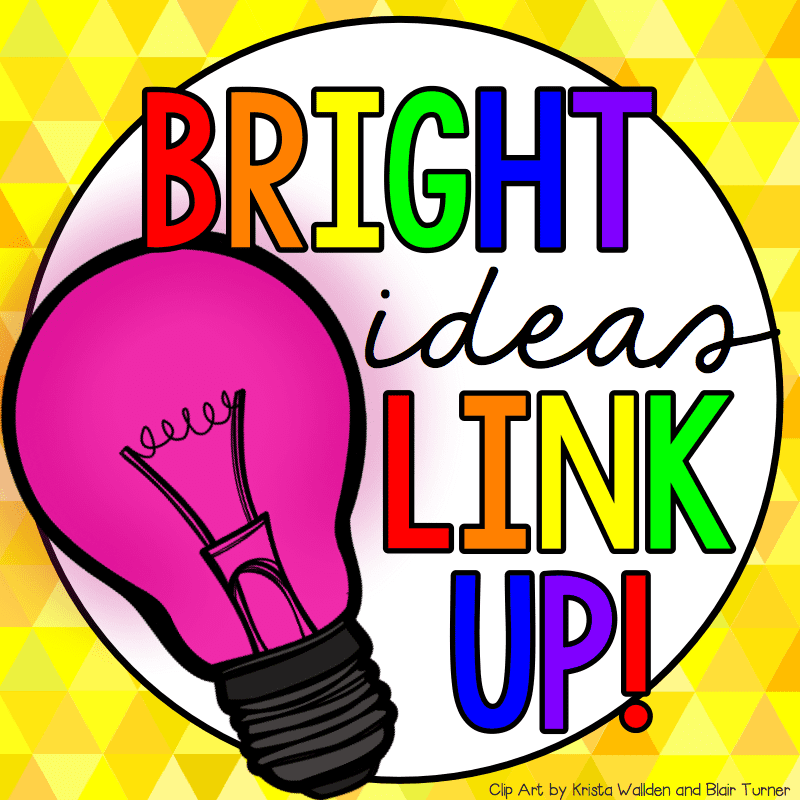 I also blogged about how I’ve used Student Self-Portraits on Class Dojo instead of the Class Dojo monsters.  You can read through my step-by-step tutorial by clicking the link below. 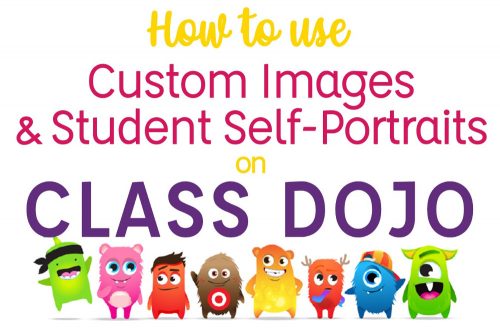 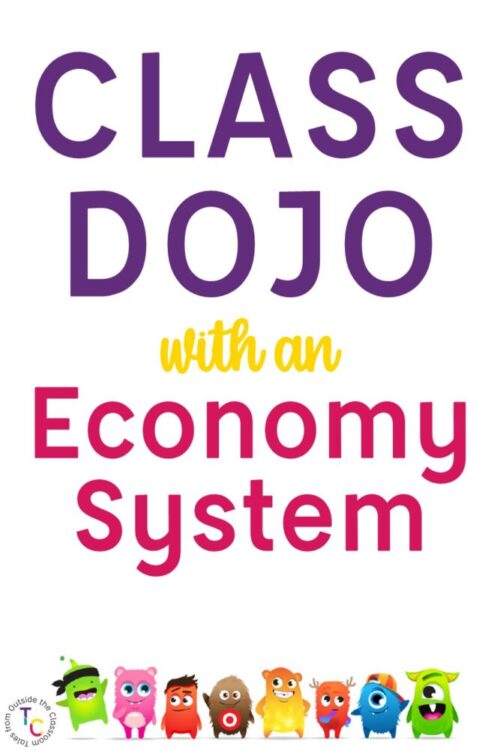