What is Phonemic Awareness? 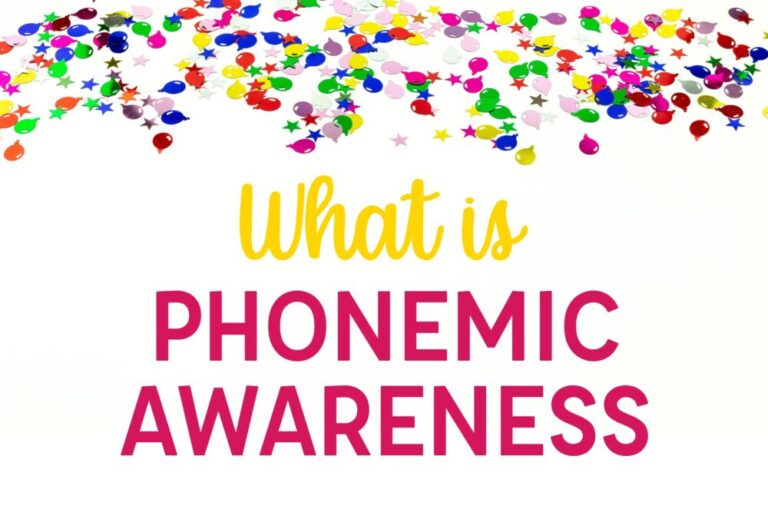 Let’s start with a few key terms. Phonemes are the sounds used in the English language. There are 44: 24 consonant and 20 vowel sounds. They are made using many (over 280) different graphemes, a written symbol. Graphemes can be single letters or a combination of letters, such as ie, igh, or sh. When phonemes and graphemes are connected, it’s phonics. This chart from Reading Rockets presents the 44 phonemes with their corresponding graphemes. Continuant consonants are just as they sound- consonants that can be elongated. For example, m, s, and n.

Phonemic awareness is critical for applying phonics skills. Students can learn and memorize graphemes, but if they cannot manipulate phonemes, they will struggle in their reading and spelling development. Many students are able to develop phonemic awareness through typical word work and phonics practice. For others, those with mild and severe phonological deficiencies, they will be unable to build the necessary skills without explicit instruction or intervention. As an interventionist, my first step in trying to identify an intermediate grade student’s needs was to begin with a phonological awareness assessment. Most often, a student that struggled to decode words, had a deficiency in phonemic awareness, and sometimes, even with earlier phonological awareness skills. Understanding the importance of intentional, explicit, and systematic phonemic awareness is the first step to ensuring all students have the skills they need to become strong readers and writers.

Please note: Affiliate links are used in this post. Items purchased through these links give me a few cents to help support this site at no cost to you.

Phonemic awareness is taught concurrently with letter-sound instruction. As students’ build their phonemic awareness and letter-sound skills, they are able to quickly combine the two for reading and spelling. It is critical that articulation of phonemes is precise. Sounds should not have the trailing /uh/ that sometimes occurs. For example, m is not pronounced as /muh/ but is /mmmmm/. The additional schwa makes it difficult to blend and segment, and also impacts students’ work with spelling.

Identifying initial sounds is typically the first piece of phonemic awareness instruction as it is often part of earlier onset-rime work in the phonological awareness continuum. From there, it’s common to identify common medial sounds using CVC words. Students can often sort words with different vowels, especially when they have strong rhyming skills. Identifying final sounds can be tricky for some. I have found segmenting the word into its phonemes as a helpful strategy for those that struggle to identify final sounds in isolation. While the continuum suggestions medial sounds is more difficult than final sounds, in my experience with students, many had more difficulty with final sounds.

While the skills on the phonemic awareness continuum chart above move from easier to more complex, it’s important to distinguish that many are related and are practiced together. As students are able to identify the different sounds in words (identification), they are able to apply it to segmenting. For some, segmenting seems to come easier than some identification tasks as students can think through each of the sounds in the word, versus targeting just one. Continuant consonants also makes blending easier as students can slide one sound into the next. For some students, segmenting is an easier skill than blending. Segmenting and blending are often done in conjunction with each other, though they are different tasks. Blending practice often comes from segmenting the sounds and then blending them back together. With that said, manipulation can only happen if students are able to identify and segment the individual sounds in words, and can only make the target word by blending those sounds.

Manipulation tasks are the most complex, the most important, and are the best true indicator of a students’ phonemic awareness skills. Phoneme manipulation tasks (deletion, addition, substitution) will only be successful if students’ can identify, blend, and segment phonemes. Manipulation is what allows children to make connections between words, and build automaticity with phonics. By demonstrating the ability to do manipulative phonemic awareness tasks, children are also demonstrating the ability to do some other phonemic awareness tasks. For example, deleting a phoneme indicates the ability to segment the sounds, identify the target sound to eliminate it, and then blend it. Manipulation tasks are often done in the context of phonics, though not always. Changing the /t/ in “mat” to /n/ can be done completely orally, though it is very helpful to have a concrete piece for each sound. According to Kilpatrick, students that are taught explicit phonics and do phoneme manipulation training show stronger growth than those with phonics instruction alone.

Phoneme segmentation and blending are connected to other phonemic awareness tasks. For this reason, most of our classroom focus is on these two skills initially. The ability to segment the sounds in words is connected to identifying the medial and final sounds. As students work through segmentation tasks, their ability to isolate sounds increases. For some students, they need to segment the sounds to identify them.

Phoneme segmentation and blending is first done with words with 2 and 3 sounds. As students build their proficiency along the continuum, practice continues with words with 4 and then 5 sounds. Separating the sounds in blends is often a tricky sticking point for students. Whether the blend is in the onset or the rime, students often struggle to make the separation in favor of keeping the vowel as the medial sound. “X” and “q” are two letters that represent two phonemes so I avoid those in my phonemic awareness work. While it’s important that students learn this, I don’t introduce either letter in our phonemic awareness work until we are applying it with those specific letters while building words.

Students also benefit from using concrete tools to help “hold” the separation between sounds. Regular classroom manipulatives are often used as counters with a one-to-one correspondence. Phonemic awareness is also an easy task practiced at home using items at home: pasta pieces, coins, beans, food containers, etc. Elkonin boxes, also referred to as sound boxes, are also often used. The visual component of the box helps students work with each sound as counters are tapped or dragged into each box. Later, the boxes provide a nice transition tool as students work with the corresponding graphemes. Reading Rockets has a great, free resource for Elkonin boxes: steps for intervention, words to use, reproducible boxes, and a monitoring sheet.

When providing intervention for phonemic awareness, I’ve often had to incorporate different tools to help guide our work. Colored locking cubes (like Unifix cubes) are a helpful tool as students connect the visual green, yellow, red to help them focus on the specific number of sounds. When working with words with additional sounds, I’ve incorporated a white or blue cube in the middle while keeping green and red as the initial and final phonemes. I also typically use an arm as a concrete manipulative. Students make a fist with their arm in front of their chest for the first position, then centered, and to the outside for the final. I’ve seen other teachers have success with using shoulder, elbow, and wrist, or just by counting. For another child that had a particularly difficult time hearing the different sounds in words, we incorporated gross motor, rather than fine motor, movements. We often used the hopscotch board built into the pavement, and used hula hoops to hop the different sounds. I’ve also used a plastic Slinky Jr. (the smaller size fits little hands better) as a manipulative that’s helped my students with blending the sounds in the word. It is especially helpful when practicing continuous sounds and with students that are just beginning to work on segmenting and blending.

A further post taking a closer look at phonemic awareness activities is in the works and will be coming shortly. 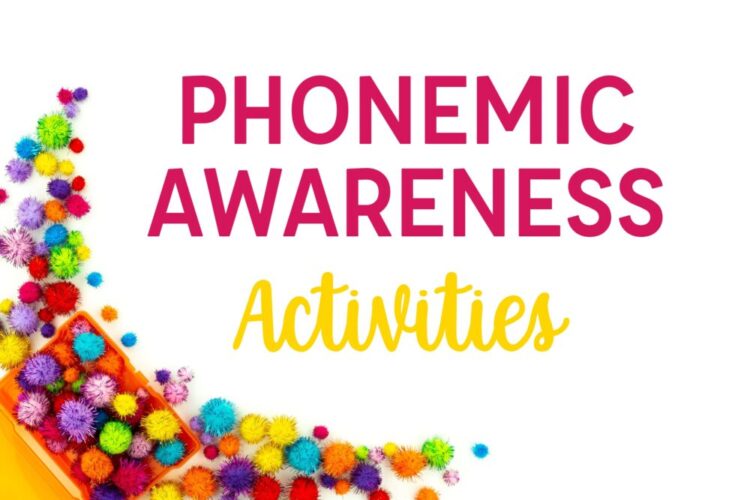 Phonemic Awareness Activities gives an overview of phonemic awareness and the skills along the continuum but didn’t dive into specific resources that help make this happen. My next post will focus on building phonemic awareness within phonics and word work. 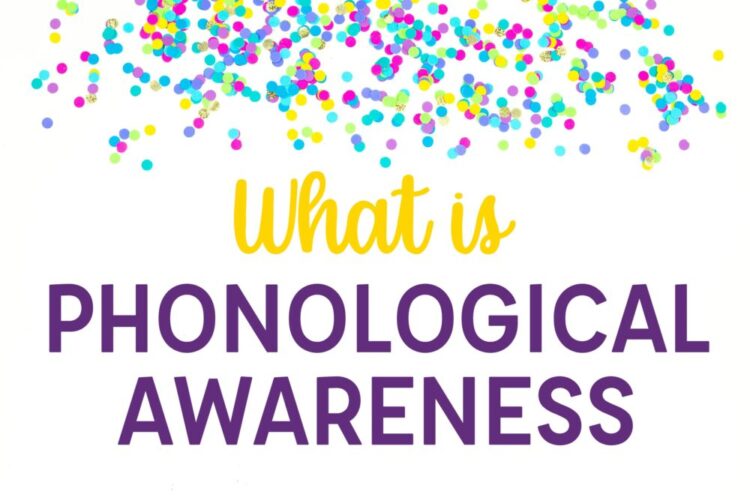 If you missed my post on What Is Phonological Awareness, it takes a closer look at phonological awareness as a whole and gives strategies and resources.

For more information on phonemic and phonological awareness: 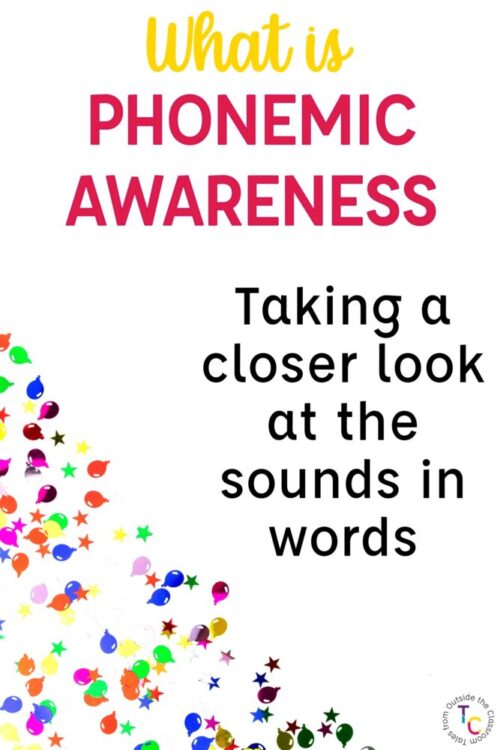 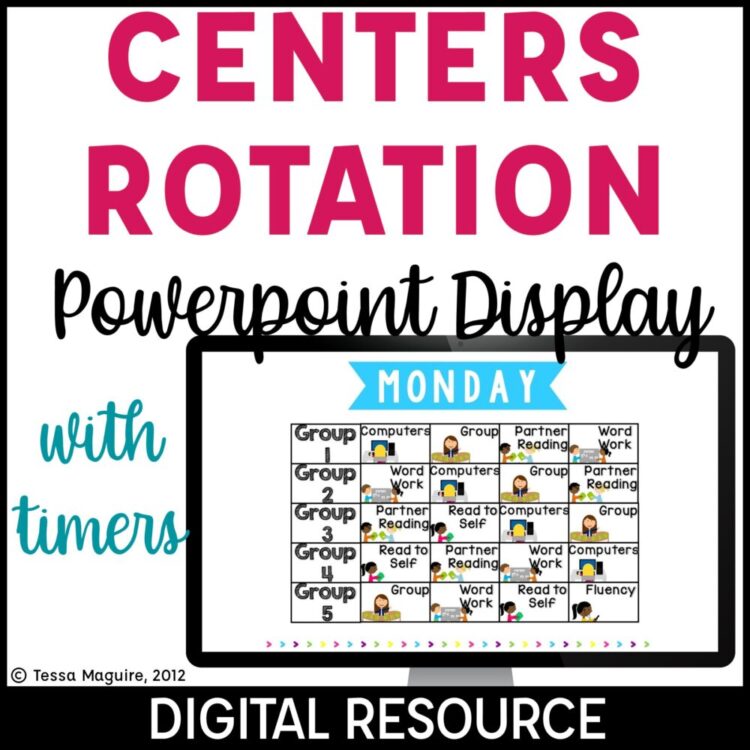